As crews continue construction of the four components of the Gordie Howe International Bridge project, progress is also being made in the design elements to be included as part of the project.

An aesthetic design has been selected for the barrier wall facing West Jefferson Avenue that will be constructed as part of the project’s US Port of Entry (POE). The barrier wall runs along the entire perimeter of the US POE and the portion of wall along West Jefferson Avenue has been chosen for a unique aesthetic treatment to provide an attractive route to Historic Fort Wayne.

The wall’s design was selected following a community consultation process that resulted in more than 680 votes being cast on three aesthetic options. Over half of the votes identified a preference for a treatment that pays tribute to Historic Fort Wayne’s unique star-shaped fort structure.

The Jefferson barrier wall is an opaque, eight-foot (2.5 metre) high, non-climbable security wall. It will be located within the 85-to-100 foot-wide (26-30 metre) landscaped perimeter of the US POE. This green space will provide public benefit with pollinator-positive plantings native to Michigan. It will also run along a multi-use path for pedestrians who cross the new bridge,on foot or bike, while also connecting Campbell and Green Streets

“WDBA is committed to involving our host communities of Sandwich and Delray both during the construction and operation phases of the Gordie Howe International Bridge project,” says Bryce Phillips, CEO of Windsor-Detroit Bridge Authority (WDBA) “The design selected for the Jefferson facing barrier wall is an example of how the community consultation is influencing the design process.”

Inspired by the iconic Historic Fort Wayne, the selected design mimics the unique starlike shape of the fort in a complex concrete pattern. The corners and edges of the pattern are raised to create a faceted surface that play with light and shadows to enhance the design. Warm gray concrete in gradient tones add to the subtle colour effects.

“Bridging North America, in lockstep with WDBA, is proud to incorporate community feedback on the aesthetics and design of the Jefferson Barrier Wall,” says Aaron Epstein, the CEO of Bridging North America, the private-sector partner for the Gordie Howe International Bridge project. “The aesthetic treatment will be reflective of the nearby historic Fort Wayne site, memorializing the important role that the Detroit community has had in this process for years to come."

“This innovative concept is the result of robust community involvement, and I commend our partners at Windsor-Detroit Bridge Authority for a wall that honors the neighbors’ wishes and pays tribute to the corridor’s rich history,” adds Paul C. Ajegba, the Director for the Michigan Department of Transportation.

Watch our interview with Andrew Liang, one of the designers working on the Gordie Howe International Bridge project and learn more about the barrier wall facing West Jefferson Avenue.

A University of Windsor engineering student is one step closer to graduation after completing her thesis on advanced tolling systems related to the Gordie Howe International Bridge project. The research was supported by the Annual Research Partnership, an initiative of the project’s Community Benefits Plan.

The Gordie Howe International Bridge project team is requesting public feedback on initiatives under consideration for Community Benefits funding in 2022. All initiatives under consideration support the Southwest Detroit/west Windsor communities, align with the priorities identified through Community Benefits Plan consultation in 2015-2018 and include exciting events, new programming and community infrastructure. The proposals stem from ideas that were not included in the original Community Benefits Plan or those that have been brought forward to the project team since the Plan’s release in 2019. To maintain confidentiality, the names of the potential delivery partners are not being released at this time.&nbsp; 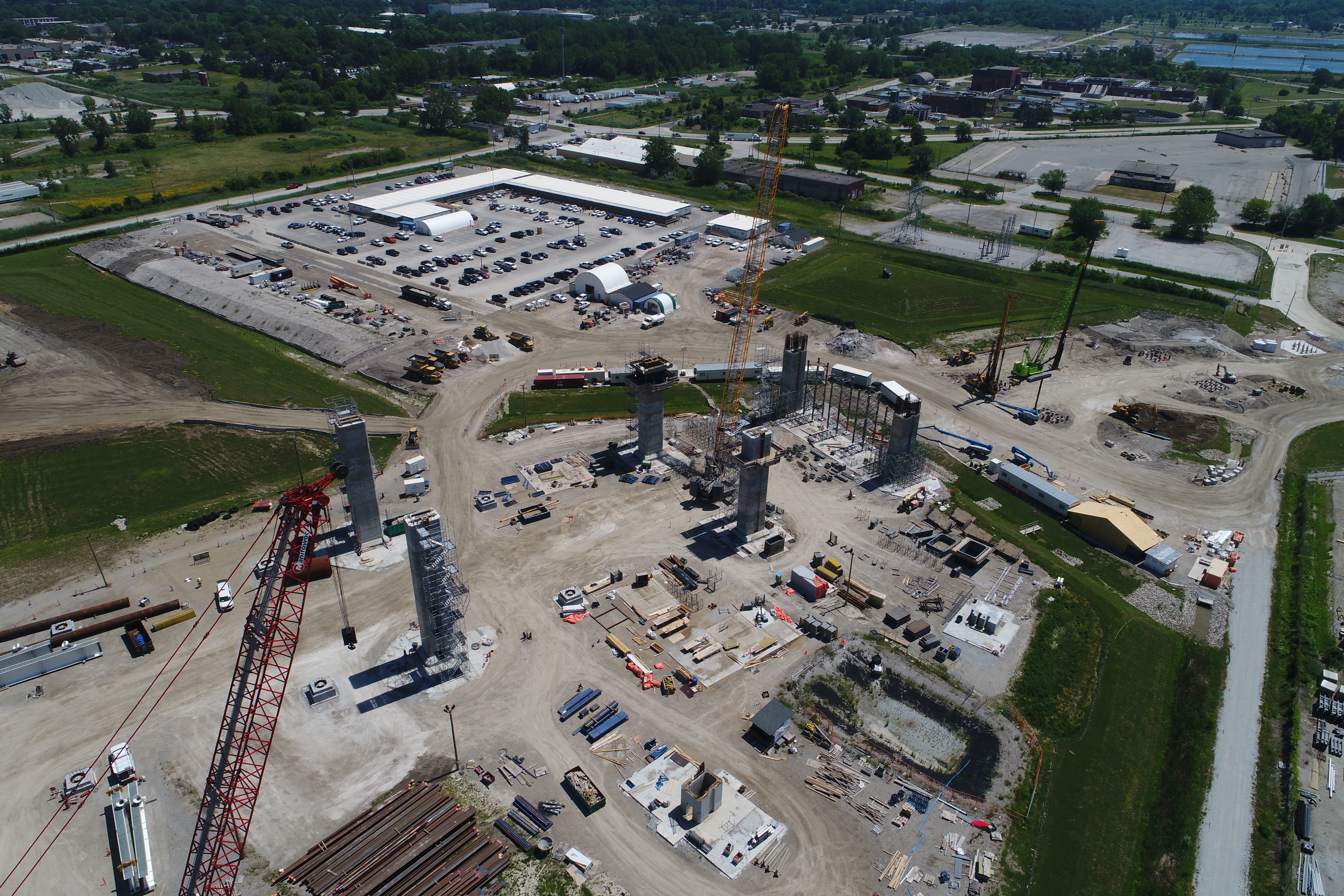 While work continues on the bridge towers and the buildings at the Canadian and US Ports of Entry, crews are also busy building up the back span, side span and approach span piers that will help connect the Gordie Howe International Bridge to what will be the largest ports of entry on the Canada-US border.