Created in 2012, Windsor-Detroit Bridge Authority (WDBA) is a not-for-profit Crown corporation which reports to Parliament through the Minister of Infrastructure and Communities. As such, WDBA is wholly owned by the Government of Canada and the powers necessary to carry out the Crown corporation’s mandate are vested in the board that directs it.

WDBA is responsible for the delivery of the Gordie Howe International Bridge between Windsor, Ontario and Detroit, Michigan, through a public-private partnership (P3). It is also responsible for project oversight of the construction and the operation of the new crossing. As the operator of the new bridge, WDBA will set and collect all tolls. 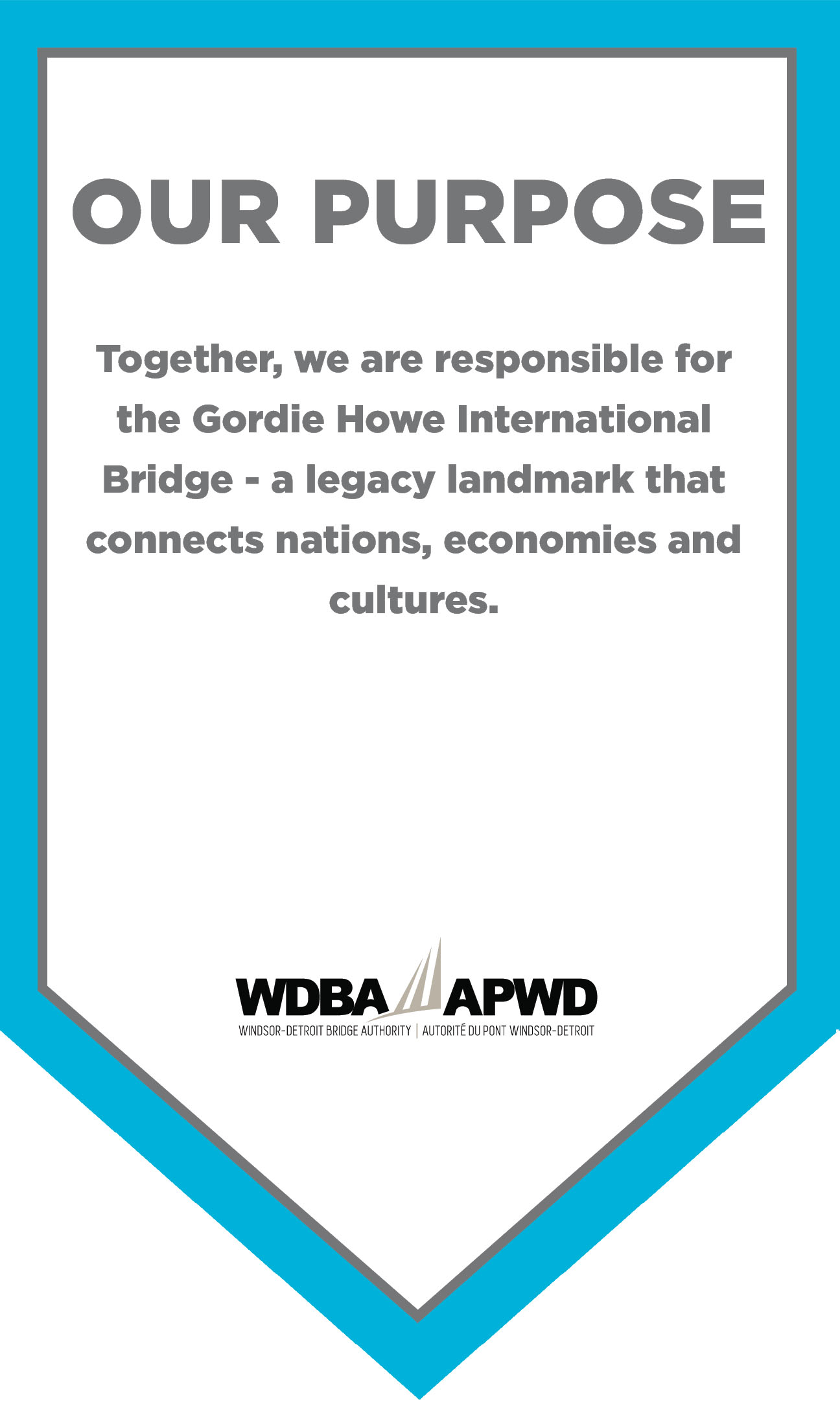 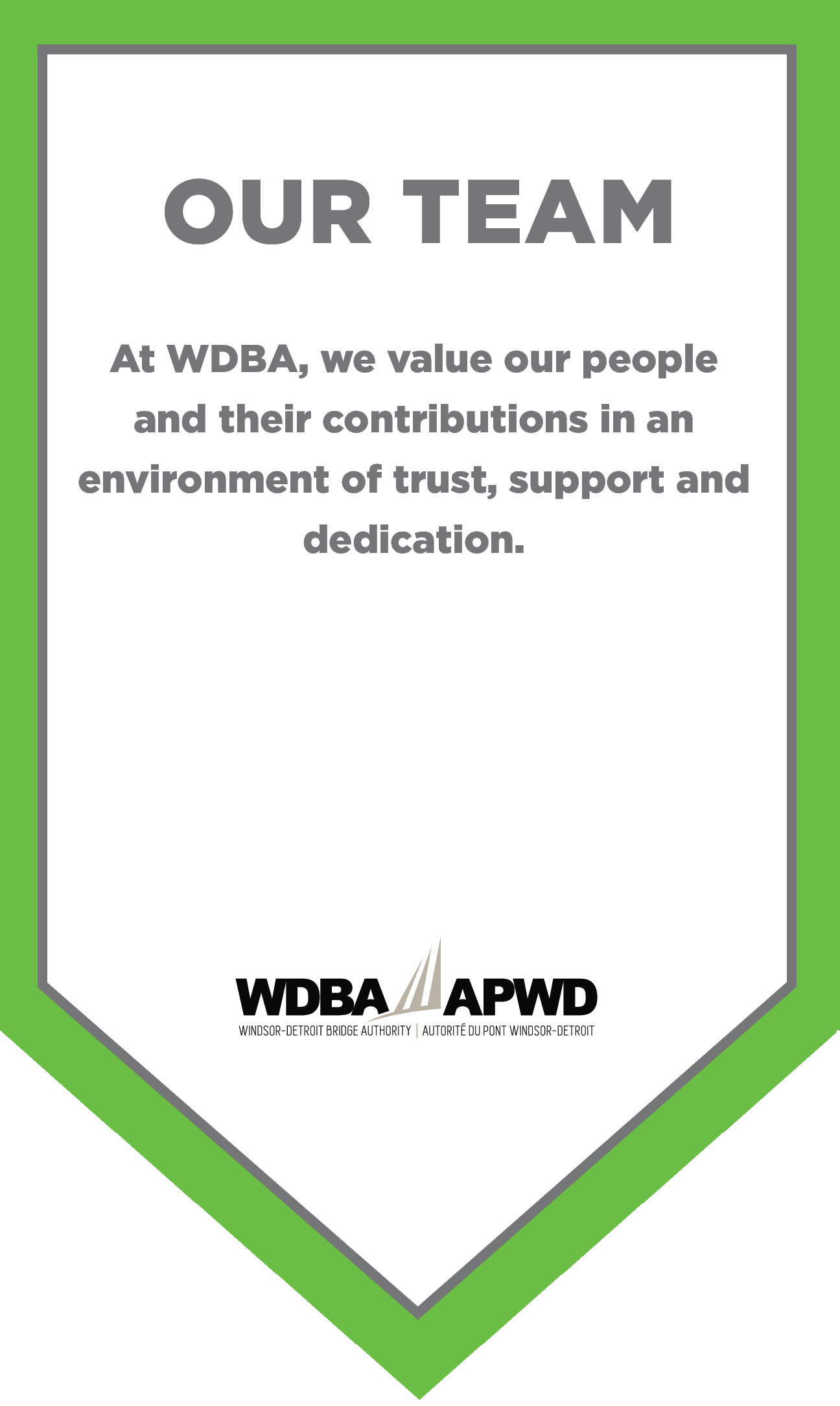 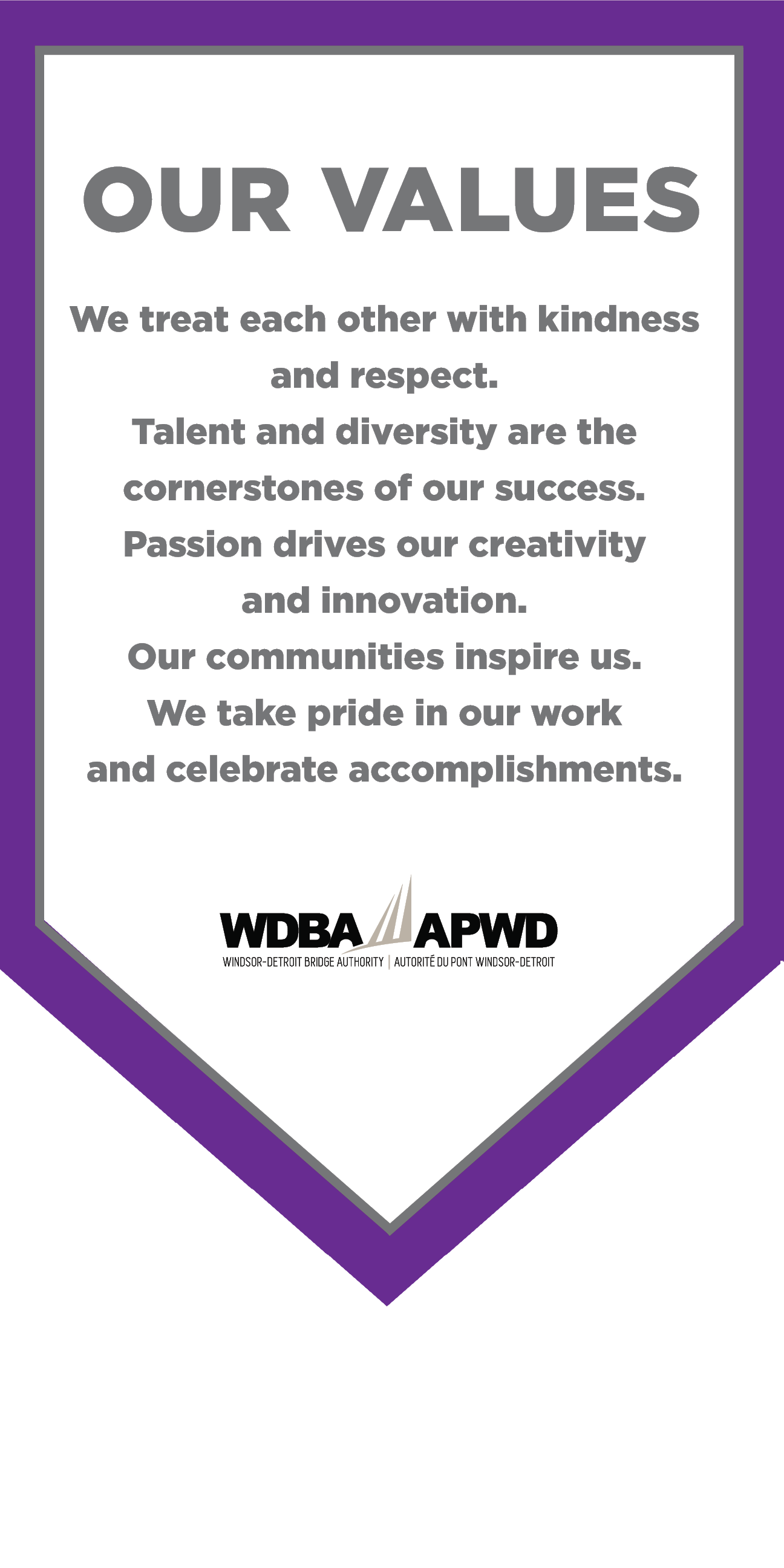 WDBA is led by a Chief Executive Officer (CEO) and governed by a board of directors who are responsible for overseeing the business activities and other affairs of WDBA. The board is comprised of up to nine members, including the CEO. All directors are approved by the Government of Canada with the Chair and CEO holding office for five years and the directors holding office for up to four years.

The Executive Team reports to the CEO and together, oversees WDBA’s day-to-day operations in accordance with the direction of the Board of Directors.

The International Authority is a joint Canada-Michigan governance entity responsible for monitoring compliance of Windsor-Detroit Bridge Authority (WDBA) with the Crossing Agreement signed by Canada and Michigan.

As a Crown corporation, WDBA is accountable to Parliament through the Minister of Infrastructure and Communities. As per the Financial Administration Act (FAA), the duties and responsibilities of the board are to set corporate objectives and direction, ensure good governance, monitor financial performance, approve budgets and financial statements, approve policies and by-laws, as well as ensure that risks are identified and managed.